We're taking orders and delivering as normal, and doing everything we can to protect our customers and staff. Learn more

The selection of Editions is simpler, yet different from previous versions, and the list of new features spans pages and pages of the release notes.

How to buy
Versions: Windows Server 2012 comes in four editions, which are rather different from previous versions. 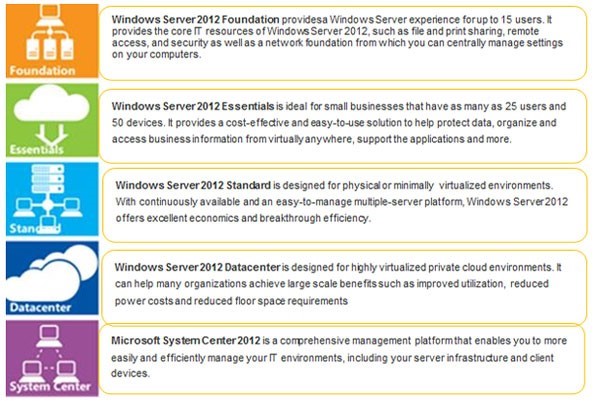 Licensing and processors
The licensing model works in multiples of two processors. So:

Upgrades under Software Assurance
Because of the changes to the licensing model, moving from pre-2012 versions has a couple of tweaks:

With Windows Server 2012, Microsoft has again upped its game by looking at the challenges that exist in its own software and what it can do to make them better. For data encryption, BitLocker is now available across all Microsoft platforms, client and server. It is easy to configure, can be managed centrally and should be deployed even when the end-user device is not owned by the enterprise.

Claims-based access is now standard inside Windows Server 2012. This allows administrators to create easy to manage, easy to deploy rules based on permissions and data classification. In another article, we have covered how to set this up to protect and restrict access to data.